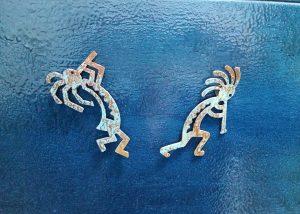 Though the season of Aquarius is upon us, there is an overriding Capricorn signature to this coming week. Last evening as we finally opened up the chart for the moment, about 15 to 20 minutes into our gathering, one of the participants said, “look the Sun is at 0° 0’ of Aquarius. My response was that it likely had been there for a while. I rotated the chart backwards a minute at a time to discover that only 2 minutes earlier the Sun was at 29° 59’ of Capricorn. We welcomed this shift in solar energy.

During a most entertaining sleep/dream cycle last night anticipating what was going to be the inspiration for this next week’s Celestial Chatter the orderly shifting of the planetary dance became rather amazing to behold and other characters joined the festivities that I could swear were strait out of multiple Dr. Seuss-lands and we were way beyond the realm of Z. As I observed the interplay at one point it appeared we were on on the surface of a large pool table and the conversations transpiring were a challenge to keep up with. While this seemed to go on for many hours the couple times I opened my eyes I could see that only two hours had transpired. I watched as Mars, still traveling out-of-bounds (oob) and carrying the signature of vision quests it was on, but not alone, crossed the invisible line into Capricorn to welcome Monday. One year ago on this day I became a grandfather for the first time. I cannot begin to do justice to the myriad directions and players on this table top as they infused energy to and within one another.

Tuesday arrives and the Moon forms the waning square with the Sun from Scorpio. The culminating square in any cycle can represent moments when our version of reality meets a crisis in consciousness as to wether we have chosen correctly our path forward in any cycle. Here is the Sabian symbol interpretation from Dane Rudhyar’s “An Astrological Mandala” to meditate upon related to this waning lunar cycle:

(SCORPIO 6°): THE GOLD RUSH TEARS MEN AWAY FROM THEIR NATIVE SOIL.

KEYNOTE: The passionate search for new values which, at any level, promise a more abundant life.

The greatness of man is that he can always be greater; likewise, at a national level, man’s “greed” can more easily be aroused by whatever promises more wealth, more power, and ever greater achievements at all levels, spiritual as well as material. Beyond this arousal of greed is the deep-seated desire to play a more important or spectacular role in one’s society or community. Greed is the perverse intensification of the social sense, just as lust is the perverse intensification of the longing for love. Always at this Scorpio level the yearning is for an ever more intense and all absorbing union with a person or a community, a yearning which motivates a search for more effectual means to achieve as total a feeling experience as is possible.

This is the first stage of the forty-fourth sequence of symbolic phases in the cycle of existence. It dramatizes the capacity in man to tear himself away from the known and the familiar, gambling everything on a vision or dream. A Keyword could be AVIDITY

When Wednesday arrives this week Mercury traveling in reverse will enter Capricorn from the other end. This Capricorn sandwich seemed to trigger an amazing array of muse interface during the dream cycle last evening that ascended well beyond the surface. At one point I could hear a flute beckon my ears and it seemed to be calling from a long time ago in a distant land. There was a boom, boom, boom as next the sound of a distant rhythmic beat seemed to reverberate the very foundations of planet earth. Then the muses chimed in informing me of Indra’s web of energy surrounding all of life and I heard musical notes begging for ears to sense, reverberating along the fibers of this great web. It was one year ago to this date that I had a heart attack.

Friday arrives and Venus begins its station from retrograde to direct motion in Capricorn. The Moon now traveling oob will cross paths with Venus on Saturday. I have to admit that the dream visions and senses at this point traversed time and space to become aware of the scent of an orchid being fanned by the wings of a hummingbird thousands of years ago reaching across this great distance to assail in exquisite form thoughts of a distant connection to life set in motion as if it was the current moment. I could next feel a connection to a section of water vapor as it lifted from the great sea two centuries ago cross my lips from the glass of water I held before me. The taste spawned a journey where I became this watering process. 73 years ago today (Friday) I inhaled the first breath of my current incarnation.

Here is the Sabian interpretation for the Venusian signature as it comes to stillness:

KEYNOTE: The ability to explore unfamiliar realms and discover the laws underlying the complex processes of nature.

The aristocratic garden of the preceding phase has become the laboratory and lecture hall of a modern college. The emphasis here is on the acquisition of extensive knowledge, the satisfaction of intellectual curiosity. Nevertheless, there is also an aristocracy of science: this is the modern type. Its use of acquired knowledge can pose as many problems as the use of hereditary aristocratic wealth. But it is man’s essential function to become fully conscious of all life forms and processes on this earth. Mankind is the conscious mind of the planet.

At this second stage the intellectual search for empirical knowledge contrasts with the display attendant to the wealth and culture of an elite. Civilization is founded on an overextended capitalization on knowledge and use of technology. It features EXPLORATION preeminently at all levels.

Saturday finds Mercury retrograding back across Pluto. I have mentioned this Sabian degree symbol before so suffice this short version of just the vision sparked by it: (CAPRICORN 27°): PILGRIMS CLIMBING THE STEEP STEPS LEADING TO A MOUNTAIN SHRINE. Mercury is about the message among other things and in this symbol there may seem to not be much overt conversation transpiring but the energy underway is thick enough to have pieces cut off and served as contemplation for the journey.

Also on Saturday the Sun forms a sextile with Chiron in Aries. There is a communion of vibrational energy at work that is harmonious in the sextile aspect. Chiron is the healer, mentor, and consort for those seeking assistance and tutoring. In Aries there is a drive present to accomplish something. Receiving assistance from an innovative solar push to be more inclusive with whomever requires these energies we could perceive a dynamic rush of healing capacities. One year ago today I came home from hospital with two stents added to my being.

We draw the week to a close on Sunday as the Sun forms a square with the optional ruler of Aquarius, which would be Uranus in Taurus. I have utilized this degree several times over the last while but here is the Sabian short version: (AQUARIUS 11°): DURING A SILENT HOUR, A MAN RECEIVES A NEW INSPIRATION WHICH MAY CHANGE HIS LIFE.

(TAURUS 11°): A WOMAN WATERING FLOWERS IN HER GARDEN.

While most squares represent tension and challenges to any aspect being considered this may not be so obvious here. It actually may spark some sudden insight of inspiration to both the innovative front as well as to the capacity to engage effectively with mother earth. During the overnight visions I was informed to draw a divination card from the Mystical Shaman Oracle deck for this week’s meditation to ponder. The card drawn is “The Earthkeeper” and seems fittingly appropriate. The image appears to me to be of a goddess overseeing not just the earth but many planets simultaneously. The writeup essence is “Just as you’re involved in co-creating your world, you are also responsible for its well-being. The Earthkeepers are dedicated to the stewardship of the Earth and all life. They choose to hold the sacred dream of a planet where all beings live in peace and where the rivers and the air are clean. Remember that everything you do has an impact for seven generations.”