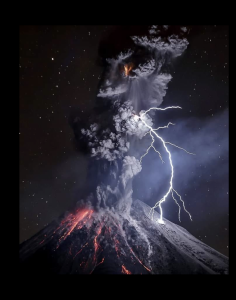 When forces arise that are beyond our normal capacities to grasp we have entered the zone of mystery, the mysterious, and the mystic. This is not generally brought up when Pluto comes to the table but, my dreams of last evening began to spell out some interesting astrological matters that soon expanded well beyond just the field of celestial interaction. Every time we sit down to ponder any astrological chart, there before us, is a potential mystery seeking clarity. As various planetary configurations crossed through this dreamscape I was faced with options that I could make choices upon but my perspective might have minimal relevance to someone else. The deeper I dove into these scenarios the broader appeared the potential for more than just astrology to be an influence upon outcomes within each individual’s world. Then a wider context to these considerations appeared asking to be inclusive of more than just the human element. As a matter of fact influences as subtle as certain smells upon the wind and weather shifts were clambering for inclusion in decisions. The deeper I probed I was led to a statement, or question, needing to be asked by anyone and at anytime, does this direction enhance or distract from the building of community in any way? Also, who and how will the mysteries stirred affect those I interact with?

A current mystery on the table would be Pluto’s influence as it concludes its Capricorn adventure. As an Aquarian I might be inclined to either dread or get excited for the upcoming cyclic shift into my sign. A Libran on the other hand may give a sigh of relief to have Pluto move from a sign square to itself and into possibilities this upcoming trine aspect may spell for opportunity to ratify appropriate members of any group function it is apart of. The Cancerian archetype may, as well, breathe a bit easier with possibly fewer potential partners seeking to turn their home-fronts into some form of business structure they could utilize in some level of co-creative endeavor.

Mars factors jumped into the cauldron, as it is still traveling out-of-bounds (oob) until the 12th. The drive factor to be initiatory may still not be willing to be contained within certain sets of rules others consider appropriate. Mars, the god of war, is likely thrilled by the global war drums beating more vigorously. Exalted in Capricorn those in authority may not actually realize how close to conflict the precipice of many, not just, soldier’s lives currently are. But then one must ask what are the objectives of those who have been placed in or assumed positions of leadership in the world these days?

Then there is the Venus factor, currently in Capricorn, that brings up considerations of relationship/partnership (Libra) as well as resources and valuation (Taurus). Mars and Venus are beginning a relatively longer conjunction aspect than is usual through the rest of February as they work their way through Capricorn and then on into Aquarius while remaining relatively close to each other. Where do the tentacles of this pairing touch in the current astrological matrix? With the square to Chiron in Aries Mars is just in its happy place (exalted) traveling through Capricorn. It begins the week as one bookend of the trine all the planets currently are within with Uranus being the other end of this package. This closed trine is short-lived as the Moon passes by Uranus around mid-day on Monday. The fact Mars is holding hands with Venus adds energy to this duo to enhance the early phases of the current 1.7-year journey of the lunar nodes in Taurus and Scorpio where they are the sign rulers for this destiny pair. Perhaps the distance between what was and what seeks to be born is narrowed a bit or possibly that gap never really was as wide as some might have us believe.

The mysterious, dips in and stirs the contents of the cauldron as Mercury conjoins Pluto for the third time exactly on Friday. Where do you suppose that stimulator of curiosity is going to wander within the depths of the Plutonic soup? Some are terrified of altering their trajectories into the unknown territories of Pluto’s beckoning. Pluto’s response is, are you not ready to die? This really can mean the time has arrived for you to relinquish your death grip on what you have defined as your support structure, as there are mysteries awaiting your participation just outside your fortress walls. Confer, if you must, with your mystic parts, we all have them. Maybe buried under layers of dust and forgotten soul directives, that Piscean, 12th house avenue only awaits your interest to spring into life and awaken slumbering parts of you. Cooperators are standing by. When was the last, or is this the first, time that you made contact with the energy beings responsible for assisting with your soul growth? You didn’t think you were doing this all on your own, did you? While they don’t directly interfere with your soul lesson plan, they can be helpful in showing you the larger matrix you have been and will always be a part of.