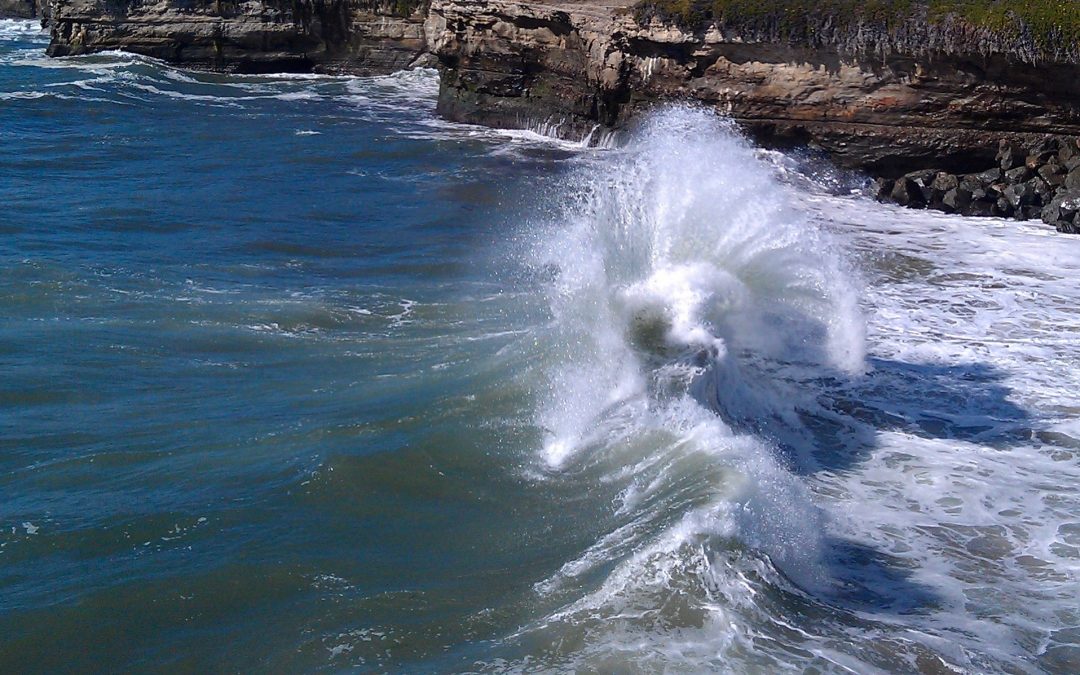 Venus slowing in it’s orbit is dancing with Pluto while she nears the end of her lengthy out-of-bounds (oob) path. The two Tropic lines of latitude, tropics of Cancer and Capricorn represent lines beyond which the Sun does not wander by declination. Other planets however can travel north or south of these lines in their respective orbits. When they do they are referred to as being oob. Saturn as well remains within these boundaries and has the function of setting limits or rules to things contained therein. When a planet wanders beyond the 23° 26’ of the Tropic lines of latitude they in some fashion attempt to live outside of the governing rules within Saturn’s control. Perhaps maverick would be a fitting description for any planet’s penchant for action when oob. I am dwelling a bit more in detail here because Mercury as well as the Moon have each wandered into this oob zone recently. Picture, if you will, a current scenario in which our feelings (Moon), our thoughts and communication (Mercury), and our capacity to engage with others (Venus) have been given freedom to expand beyond what the rules of proper etiquette say must be maintained. This is on the table as this week begins.

While Venus will not go retrograde until next week, its proximity to Pluto will be a lingering energy signature to grapple with. Anytime Pluto is included in an equation expect to encounter a level of intensity that is likely to create some discomfort. One of Pluto’s main functions is to transmute through composting factors that have outlived their usefulness. The intensity comes as we don’t willingly let go of outmoded processes. To possibly exaggerate this scenario, Mars has formed a sextile with Pluto to begin the week. Anytime Mars is in the picture expect an energy increase. Mars and Pluto are the two ruling planets for the sign Scorpio so, if we were to add this into the current planetary dance, what kind of interaction might we expect to transpire in the (Capricorn) executive function of business and government to be taking place as far as partnership (Venus) matters go?

Tuesday arrives and Mars forms a square with Jupiter in Aquarius. Squares or 90° are a hard aspect because the elements are not easily on the same page as far as how they aim for things to function. Let’s expand this a bit further. Mars and Pluto are still speaking to each other so must play a part. Jupiter in Aquarius sets its trajectory for taking innovation on a quest for expansion and has a likely humanitarian bent. As this meets the Scorpio Mars factor with some added Plutonic inclusion I detect there may be some deck clearing required that might utilize investigation and alchemical means are not out of the question.

Tuesday, as well, has that oob Mercury in Sagittarius forming a square with Neptune in Pisces. Both of the planets reside in signs ruled by Jupiter and we know what he is up to. Questions may surface or be exaggerated when it comes to religion or the pursuit of higher learning and foreign travel. That Mercury oob may spin options for further thoughts or questing into realms previously untapped. Don’t be surprised to discover dreams leaving messages to follow up with (the muses at work).

On Thursday Mars crosses the degree of the last lunar eclipse (27° of Scorpio). Eclipses tend to sensitize where they transpire for extended cycles of time. So, if you happen to have any important points of your celestial makeup near this degree expect to potentially feel a bit edgy with this energy up tick.

Friday the 10th begins with the perfection of the conjunction of Venus and Pluto but we have discussed this already as a lingering signature. On Saturday the 11th Mercury moves into sextile with Jupiter and this may provide a level of inspiration to follow paths you might not have previously utilized in the quest to expand your boundaries.

We end the week with the Sun forming a square to Neptune. Unlike many squares that have a challenging note, I would ask you to ponder questions of deep spiritual significance to you. The solar dictates within the field of Sagittarius are never going to be small or short-sighted. If a muse should arrive and seem to sit on your shoulder and whisper options in your ear, you might want to listen very carefully. Then ask yourself if you are doing enough to expand the borders of your tent. Are you being inclusive enough? Does the path you are on need some modification? Does your soul sense it is doing what it incarnated here on earth to accomplish?

Everything that transpires this week is happening in the last trine of the zodiac from Scorpio through Pisces. Even with the Sagittarius focus currently, this water trine will infuse what is transpiring with a note of energetic inclusion in the larger picture of creation with a sense of intimacy between all things. We are in the realm of the collective and perhaps personal choices should be seen in a different context. Individuality may have to take a back seat to the experiences of society at large if we are to contain rampant distraction from what is begging for our focused attention. How many more need to perish because responsibility is being ignored? Rights being voiced as paramount by many come with responsibilities.