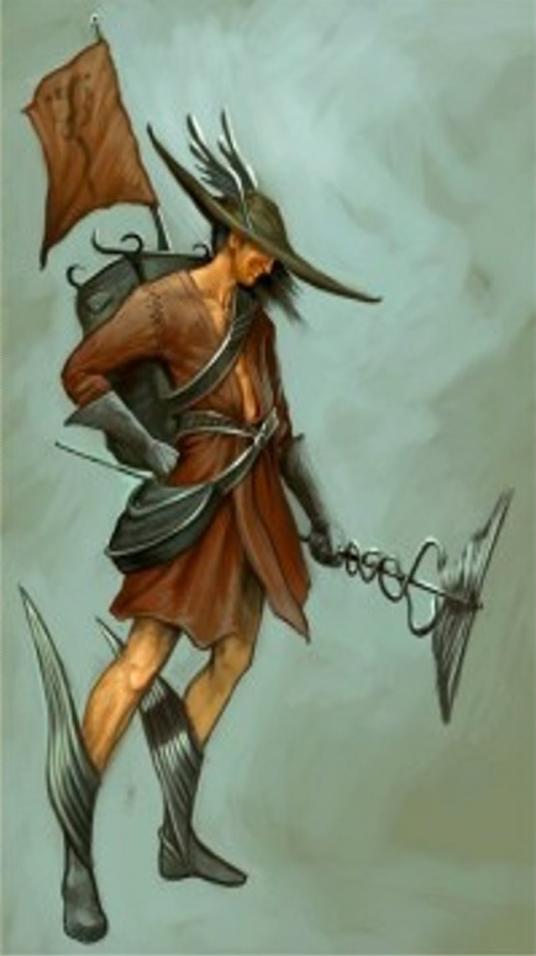 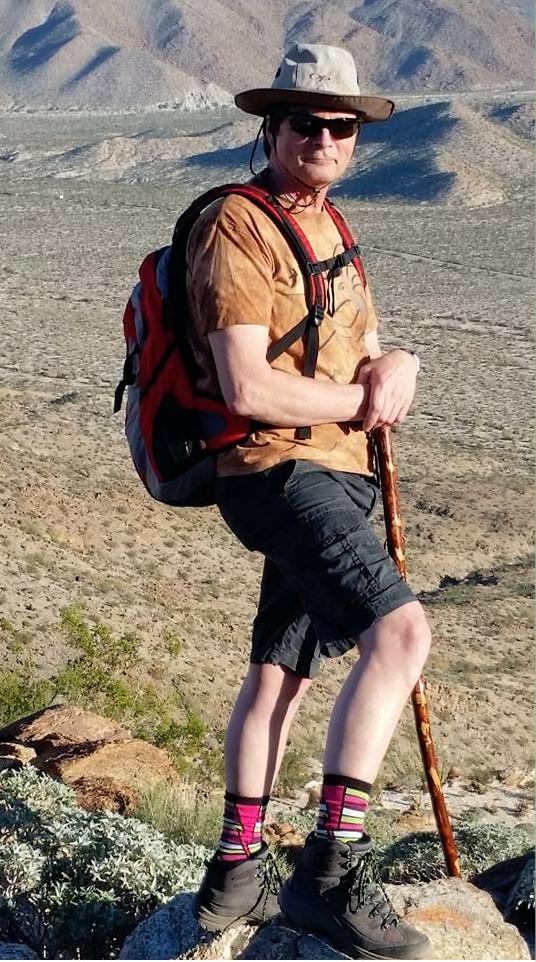 I call on the energy of the cosmos and reach out to engage specifically with each and every one of you celestial beings to draw closer in this moment so that we may share the messages most relevant now.

Some of you are familiar with the energy signatures of shapeshifting being a part of some of the current as well as ancient indigenous cultures. Often these are attributed to the medicine folk and shamans of tribal societies. In our modern culture the connection to these types of events or happenings is viewed as remote superstition or imagination and very sparse dialogue is spent discussing these types of matters.

Hermes, a mythological figure referred to by many different handles is said to have engaged in some very early clever endeavors that led Apollo to gifting the winged shoes for speedy travel as well as the caduceus a tool for healing and commerce. While quite often portrayed as masculine this being could just as easily be expressed through the feminine archetype. Of all the so-called gods Mercury could travel freely in the three worlds (afterlife, physical present, and the realm of the gods) at will. If one were to observe other mercuric manifestations we would discover coyote, and raven and a long list of personifications from many different cultures. These are not topics for general table conversation in our modern culture and yet, the very process of utilizing communication is one of the core tenets of this vehicle (Being).

In somewhat the same vein the so-called modern art of astrology is often relegated to the back rooms of polite conversation, however with a bit more life pulse than the shamanic topic. We in the modern culture have been offered such a sterile education platform that has been washed and sieved so thoroughly that when confronted by alternate story lines we quickly pass it off to hallucination and change the topic or feign ignorance to these very real and holistic platforms.

From the very earliest days of human habitation of our world, curiosity led to the discovery of connections to the larger so-called external realms of the celestial family arena we inhabit. The same could be said for the investigation into the so-called interior realms of discovery arising as we became familiar with our integral part in our surrounding planetary family. Each of these fields of human trajectory began, most likely, hundreds of thousands of years ago. Cultures and civilizations came and went from then to now and yet there still exists remnants of these, like threads trailing back through time. I would ask you to pause for a moment and consider how much of the modern human cultural direction can be traced back for a while before it dissolves into speculation. And how far back is that – 100, 200, 1000, 2000, 5000 years? If you consider that next to evolving holistic art forms which have been around for half a million years or so, and are still being utilized effectively to this day…

I would like to first consider the art of shapeshifting. This as far as anthropologists have been able to ascertain wanders across the arc of time beyond our ability to fathom. It is still in use today in many parts of the globe. Tribal groups, who were innately in tune with their surroundings to an extent, that modern awareness has lost, initially developed it. This was a technique that survival depended upon to locate, often at a distance, where the next food source would be discovered or a new location to move to. Picture, if you will, someone with this capacity energetically engaging with the essence of an eagle, or condor and able to fly over the landscape to find out where the game animals currently are. Or imagine taking on the essence of a wild bore and foraging for roots so that you could discover where they were as they would be necessary for many reasons to your tribe. It may be challenging for those of us with modern leanings to be able to recognize a conversation that is not transpiring orally in terms of words but more as an energetic sharing with all the elements around one to discover.

Enter the field of astrology. What are the mechanisms in play that allow for some of us to glance at a two dimensional representation of the celestial surround and be able to proclaim many things that are quite accurate and relevant to our everyday lives? Part of it can easily be gleaned through the arduous task of memorization of information passed down through time and some orally and others written for our convenience to process into rote repetition. My suspicion is that many of us, self included, in the astrological field would readily admit to this being exactly how we refined our earliest understanding of this art form. I would extend a heart-felt thanks to the many teachers that have allowed for my unfolding growth in the use of this tool. When I began to investigate interrogation, or more commonly referred to as horary, I discovered it was a process of being clear enough in myself to put out the query to the universe for the answer being sought. A question. Who or what was this universe that provided this window into matters? Trust, perhaps, in something larger than oneself, or maybe recognition of a kinship within which one is already dwelling? After awhile of performing this service I have come to the understanding that we all exist in a living matrix made up of energies that flow through us and or around us constantly, although quite unbeknownst to many.

Enter shamanic technique into the equation.   That energetic surround is a very dynamic and busy zone whether recognized, understood, or even perceived as real. When our fore fathers and mothers, or maybe better recognized as our ancestors, walked the planet’s surface their intimate blended energy with all of the life forms they encountered set in motion situations that led to their very survival. Do you remember or are you aware of the natural inclination of young children to be able to converse with a tree, bush, the wild or imaginary animals and beings populating their worlds before our cultural imperatives drain this reality from them so that they could better fit into a preplanned forward trajectory? Often in tribal cultures the messages that came from the recently born were recognized as direct communication with ancestors and many energy beings clamoring to offer us direction to effectively engage with the world we inhabited. Somewhere back along the way we became mostly divorced from the living planet Earth (Gaia) that we move back and forth upon the surface of. The results are evident all around us if we but choose to see this re-definition of Mother Earth simply as a resource to do with as we please. Is the smell of sweet air or the delicious taste of a new spring water source still easy to locate that has not been sullied in some fashion in the name of progress?

Now, back to the astrology. When I stumbled upon this art form in 1969 there were many other avenues that were traveling on the same coat tails of this tool. At the time I had not peered into the distant past far enough to connect the dots of where this was going to lead my path forward. Besides all the side tangents that begged my attention, and I considered, I pretty much maintained the focus on the many, and there are many, avenues that astrology could wander into. One of the reasons that there can be so many of us into utilizing this tool is that there are equally as many others that are intrigued by each of the potential directions this tool can take one toward. As I chat with many folks about their astrological potential I continued to learn as each conversation with a friend or client intrigues parts of myself to try and ferret deeper meaning from. I can honestly say that there have never been any chart readings that have been near the same. I think that part of the “magic” possible with this art is that we continue to grow as long as we feed our curiosity and that is exactly what this astrological life conversation has been about. I know that with each reading I am left with new versions of myself to engage with so what will transpire during any future chart consideration will be from a different vantage point.

A while ago as I was involved in a conversation about some celestial consideration I became aware of a presence. At first this presence seemed to engage my thoughts and put words in my mouth which not only surprised me but to my surprise seemed to intrigue those of my astrological clients as well as those in the larger astrological family I hang with. As I continued to investigate the source of this awareness I soon realized that I was actually engaging in a very long conversation with the celestial archetypes themselves. While one could easily say that the years of astrological steeping I have been through might be what was coming on board for personal as well as community growth, I began to have these experiences where I found myself attending group conversations that were transpiring amongst our planetary neighbors. These were vibrant and alive interchanges of ideas that I have since come to recognize as matters we have a choice to be a part of or not. I say this with some deliberation and in the personal recognition that just like all of life,  we are each energetic beings made up of everything. There are affinities that beckon to each of us based on the trajectory choices we have set in motion.

If you should be so inclined to engage in a chart consultation with me, and the team, there most likely will be aspects of your being that will be tickled that you may not even have known to exist. I refer to this technique as “Astrological Shapeshifting”. Do you think that you’re ready to engage in a conversation with the larger aspect of yourself? Might you have been holding yourself back from a dance routine that was set in motion a long time ago and need a reminder of how the steps of that piece of yourself were meant to go? While I can’t promise you a miracle, it is likely you will have some things to integrate as you consider your destiny.